In 2020 the TotalEnergies 24 Hours of Spa celebrated its 10th edition as a GT3 race. The ongoing challenges of COVID-19 postponed the event until late October, but it turned out to be worth the wait.

At times it looked as though Ferrari or Lamborghini might break the German stranglehold on the GT3 era, while Audi and Mercedes-AMG also enjoyed spells at the front. Ultimately, however, it was Porsche that earned its second successive win in the Ardennes.

The #98 ROWE Racing trio of Tandy/Bamber/Vanthoor did not lead until the conclusion of the 23rd hour, but they remained in contention before shifting into a higher gear during the closing phase.

The final hour saw Nick Tandy defending his advantage at two separate restarts. Running old tyres and with developing gearbox problems, the Englishman just held off the #66 Audi Sport Team Attempto car during a dramatic final few laps. Indeed, the oil seeping from the Porsche on to a damp track prevented the chasing Patric Niederhauser from making a move. 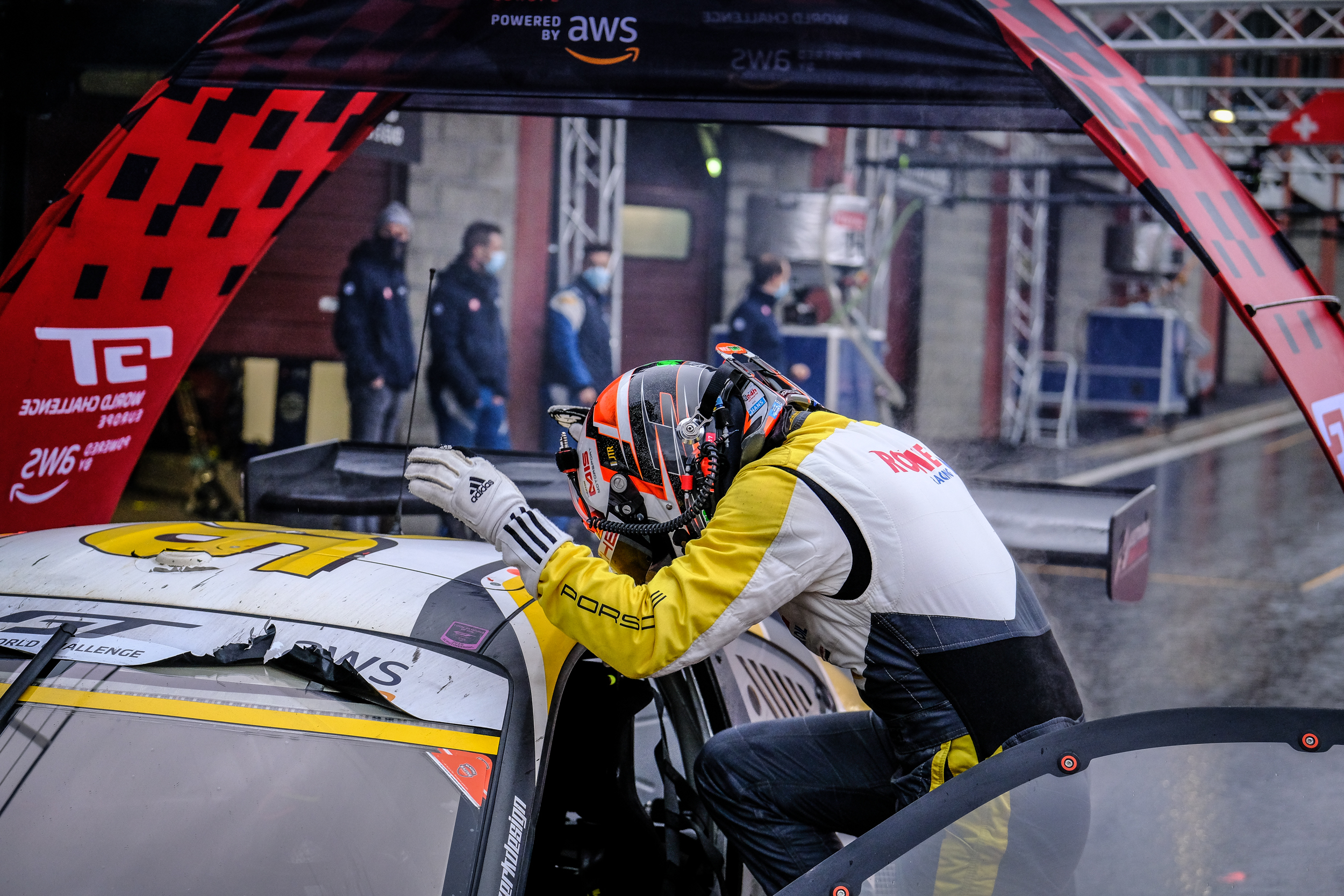 This gave the Stuttgart marque its eighth overall win and earned ROWE Racing its second victory in the Ardennes, the German team having previously triumphed with BMW machinery in 2016. Contesting its maiden 24 Hours with Audi Sport backing, Attempto Racing took a superb runner-up finish and put the Ingolstadt brand back on the podium.

The #77 Barwell Motorsport Lamborghini clinched Pro-Am honours with a fine 16th place overall. Its crew included Rob and Ricky Collard, who became the first father-son duo to win a class during the GT era. The result also ensured that Barwell and Lamborghini conquered a third different category in as many years .

Haubert Haupt's new HRT squad sealed Silver Cup victory with its #5 Mercedes-AMG, while the #108 CMR Bentley triumphed in the Am Cup. This gave the British marque its maiden class triumph in the Ardennes, shortly before the conclusion of its factory GT3 programme.